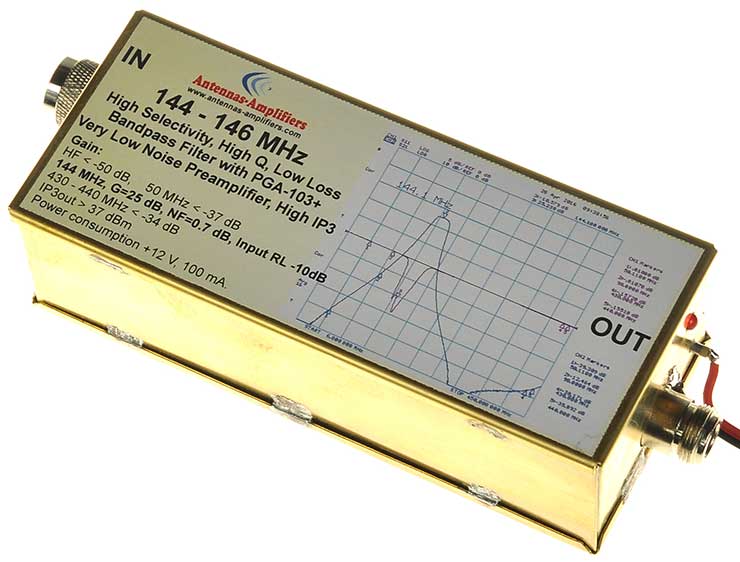 Thanks to input filtering this preamplifier and band pass filter combination are much more immune to interference from strong signals out of the band. 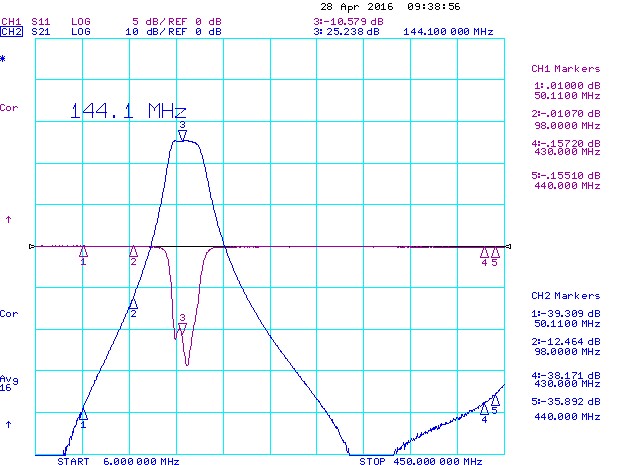 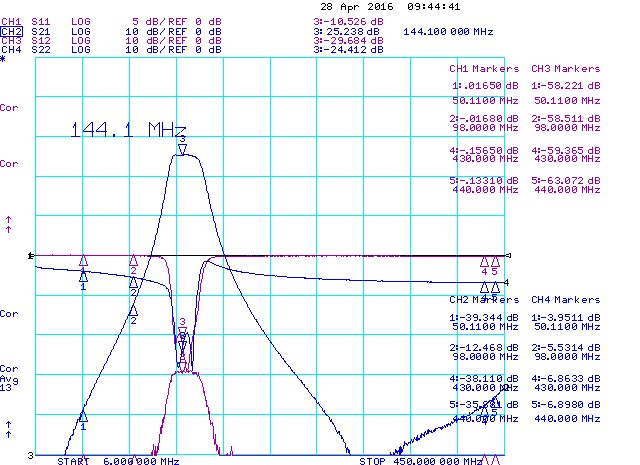 2. Measured HF attenuation and on 50 MHz. 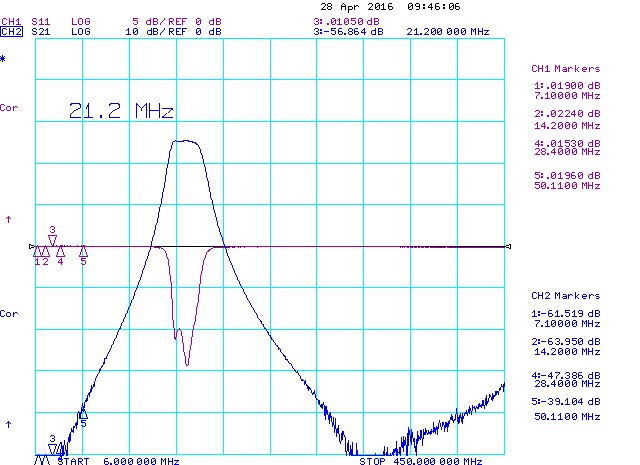 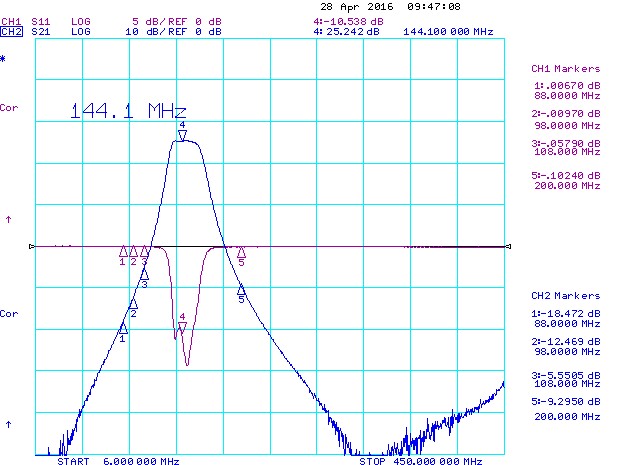 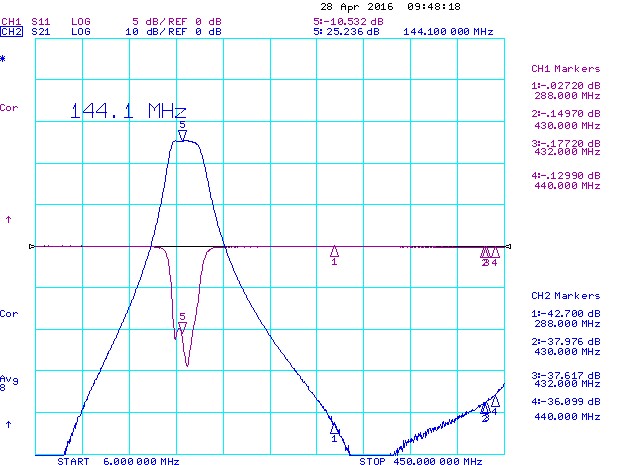 Positions of connectors are selected so that the filter can be directly connected to the coaxial relay as shown. Band pass filter enclosed in strong 0.8 mm sheet brass box. Strong mechanics will ensure stability and longevity.
Example use 1: 144 MHz High-Selectivity, High-Q, Low Loss Band-pass Filter with PGA-103+ Low Noise Preamplifier and QRO Relay 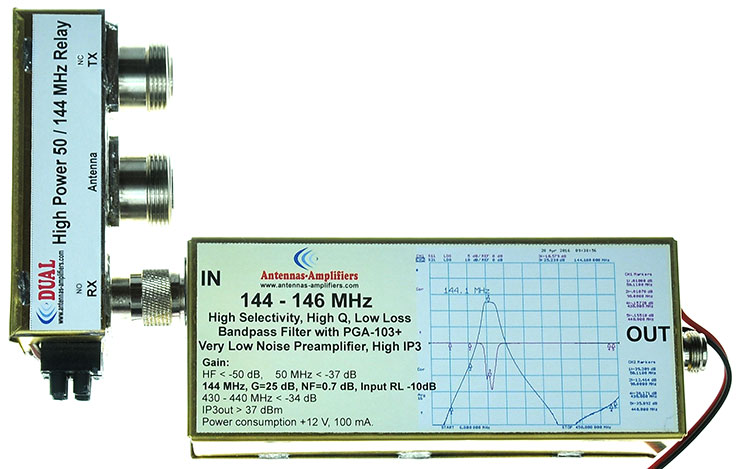 This type of filter will almost nothing disturb noise performance of PGA-103+ which is especially important in terrestrial and EME (Earth – Moon – Earth) communications. It will further ensure smooth operation in the presence of strong signals.
What others say about Bandpass filters and preamplifiers.
“I received the 2 x BPF144 filters and they work very well. They have resolved my out of band RFI problem and made my 2M EME station more sensitive to weak signals. The small O.2 db insertion loss is more than compensated by having the preamps operating in their linear region and not in compression caused by strong local FM broadcast and Aircraft radio systems. It’s a pleasure to do 2M EME now.”
73 Paul W2HRO
“LNA test: Two LNA have the same behavior. Gain at 144MHz 25.96 dB, NF 0.68, LNA only Gain 25.73 dB, NF 0.88 dB, LNA + filter. Results seems consistent and confirm the 0.2 dB loss of the filter.
-1db compression point happened with -3dBm input signal level.”
73 Franco I2FAK
“Many thanks, good news today all staff well arrived ! I made DUTs on test this PM to the VNA HP 8510C and to the noise analyzer, congratulations all specs are very well respected ! NF it is a bit better 0.28dB on 144MHz, for the others bands as you say.”
73 Sylvain F6CIS