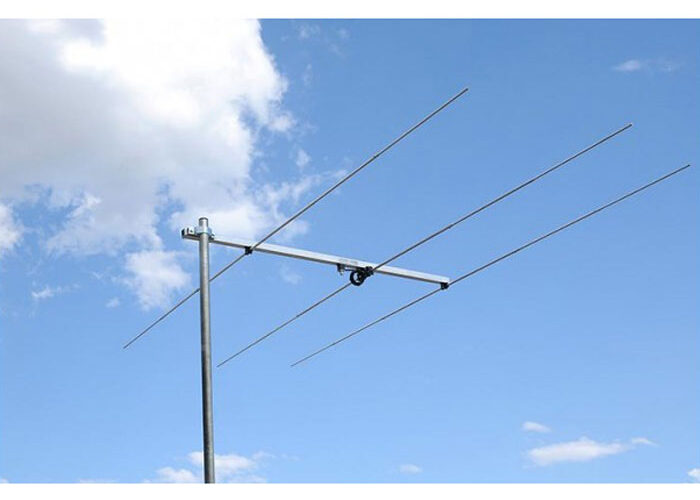 Pre-tuned 6 meter band antenna, so no need to move, cut or use rasp file for any element to get perfect SWR on intended frequency range. A short boom, wide-band Rear mount 3 element antenna cover the entire DX band with SWR <1.2 from 50 MHz to 50.5 MHz. Good 6 meter 3 element Ham Radio antenna to put on side of tower or balcony.

Everything is included in the antenna box: Antenna, balun with connector and bracket. 50 MHz Rear mount Ham Radio Yagi is perfect for field days since its very easy to assemble. 10 minutes is sufficient. All antenna parts are labeled, so it is extreme easy to assemble. Just put number to number.

Elements are tapered to reduce vibrations at high winds. Boom is just 1.46 meter long. Since this Ham Radio antenna has 3 elements it very easy to set up. Antenna is very good for field day since it is light-weight or permanent setup since antenna is very sturdy. Starting element diameter is 12 mm, middle part 10mm and 8mm ends. Tapered elements will reduce the wind-load.

This Ham Radio antenna has wide azimuth radiation pattern. Good for vertical stacking in permanent setup since this wide angle allows listening to Ham Radio stations without frequent rotator movement. It is good for E-sporadic season since when there is an opening you don’t need long antennas.

Default maximum power input is 1000 W. Antenna does not have power limit, only limitations are in used balun and antenna connector. Optional up to 8000 W.

Enjoy the rising popularity and exciting contacts on the 6 meter band. 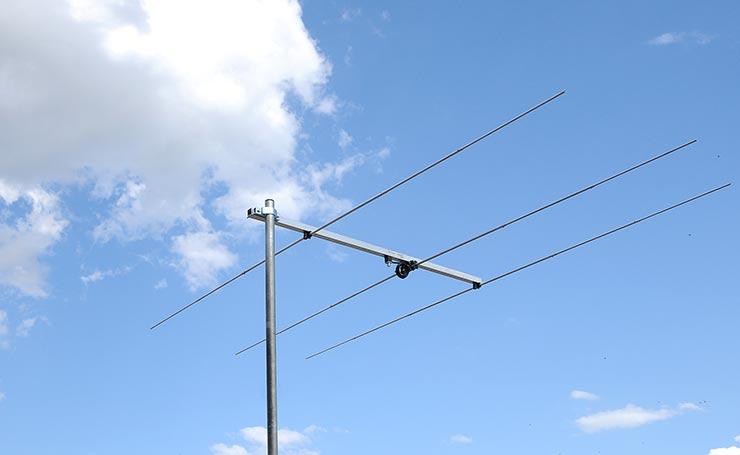 Electrical and Mechanical specifications of PA50-3-1.5RB 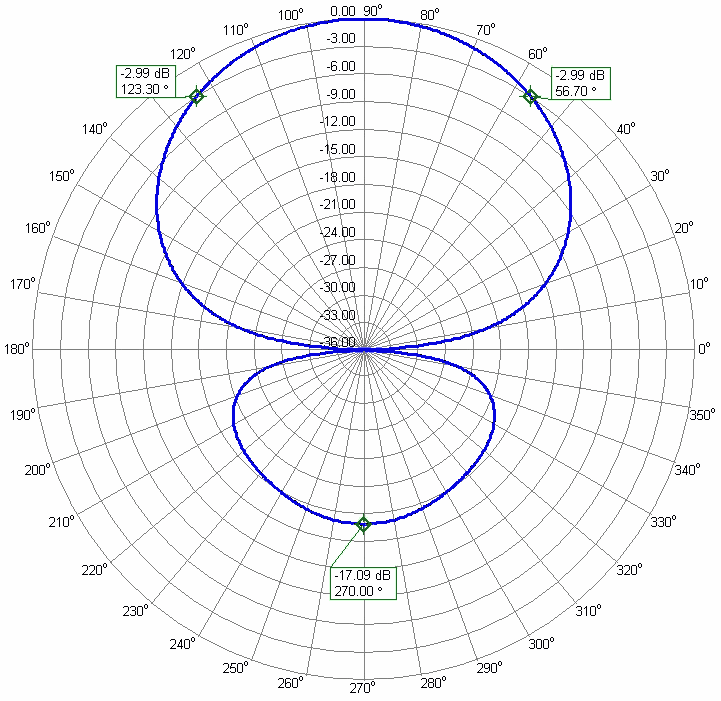 Close up look of PA50-3-1.5RB antenna. Displayed Balun with antenna connector and antenna dipole. Balun with the connector is included with the antenna. 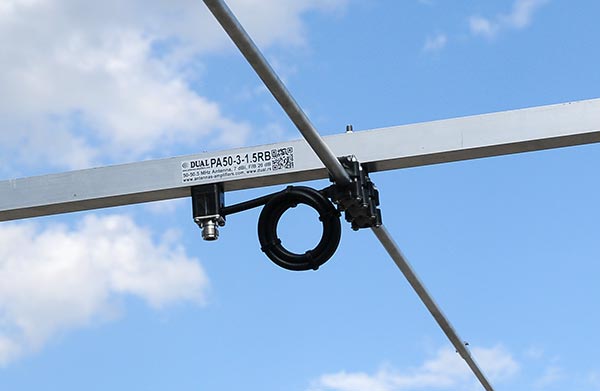 Antenna stacking for more gain can be found in the following table. All the calculations were done in the professional full 3-D EM software.

We offer 3 elements antenna on 50 MHz with bracket in the middle of the boom. Direct link is here: 6 Meter 3 Element Yagi