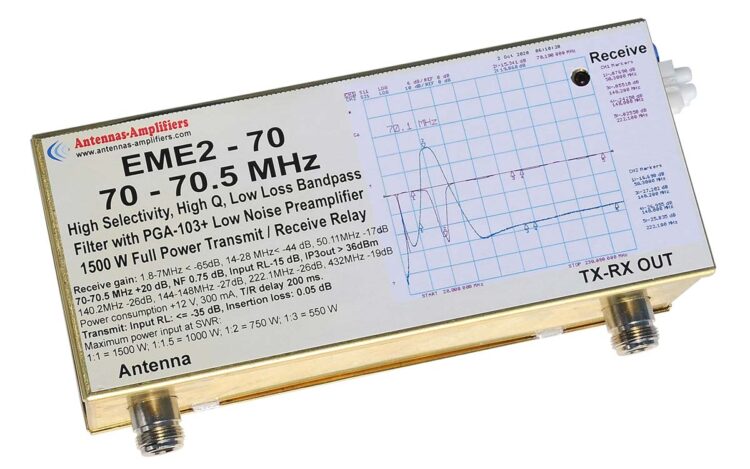 QRO made on low loss dielectric RT/duroid® 5880 Laminates (not on FR4 Important!). 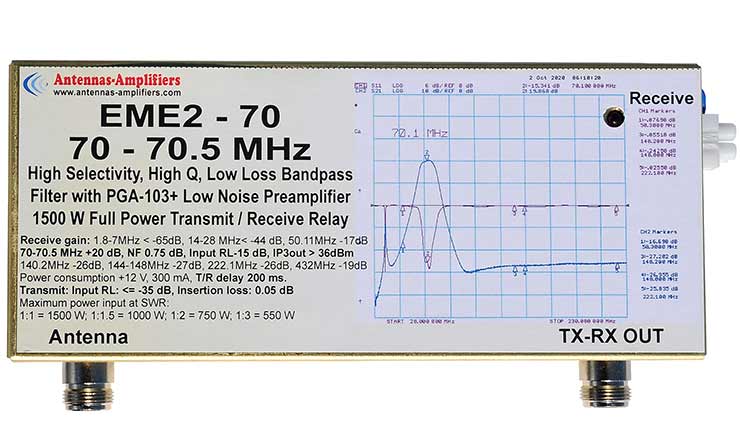 1. 70 – 70.5 MHz High Selectivity, High Q, Low Loss RX Bandpass Filter. Specially designed to suppress HF, 50MHz, FM and 2m signals. Its characteristic is shown in the following graph. The filter itself has an extremely low attenuation of only 0.12 dB: 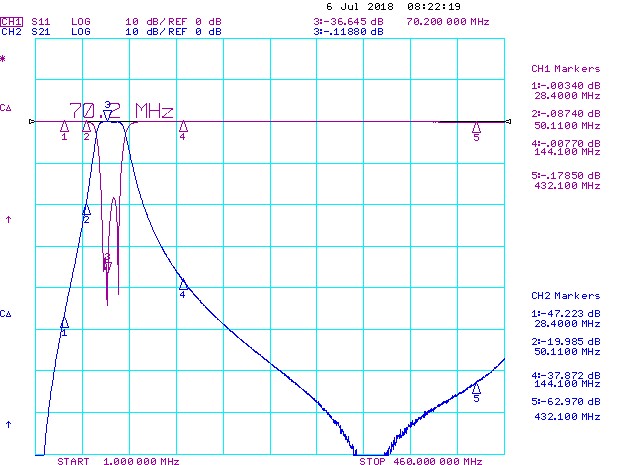 The characteristics of Receiving Gain can be seen in the following graphs: 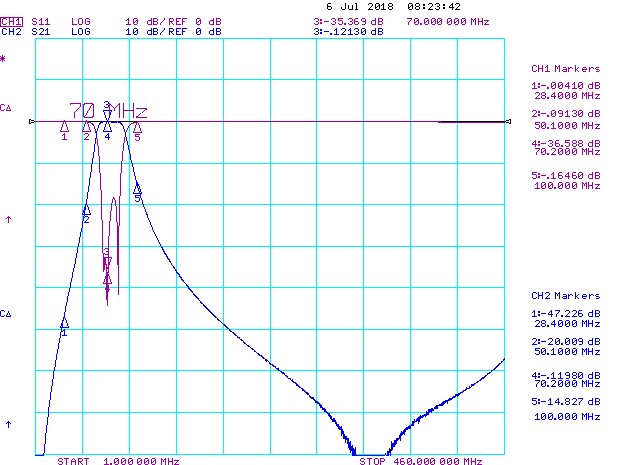 Extreme Low Loss on transmit side thanks to RT/duroid® 5880 Laminate. Less than 0.03 dB.

With this equipment, sequencer is mandatory. To switch from receiving to transmitting put on sequencer 200 ms delay. 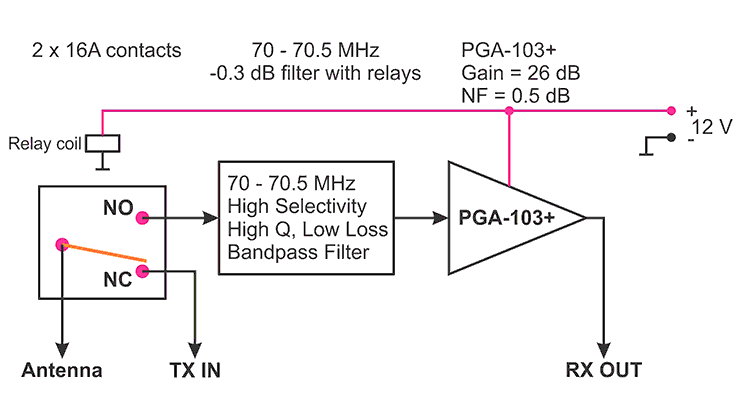