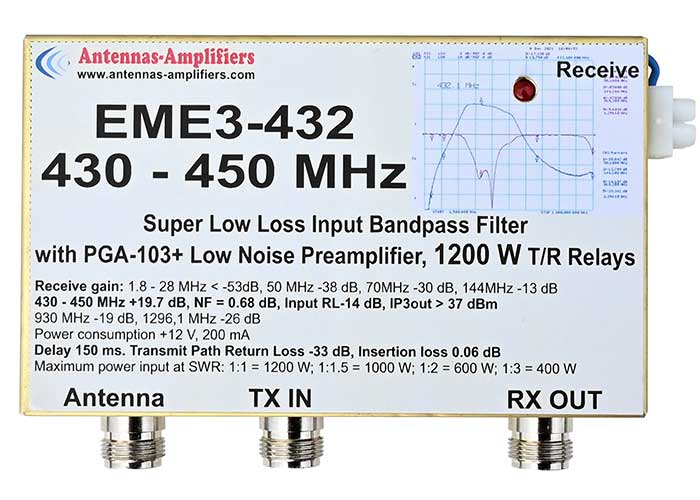 QRO made on low dielectric loss RT/duroid® 5880 Laminates (not on FR4 Important!). 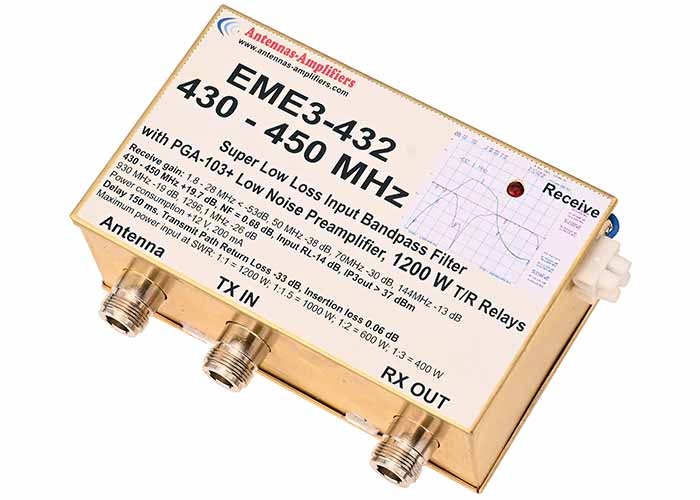 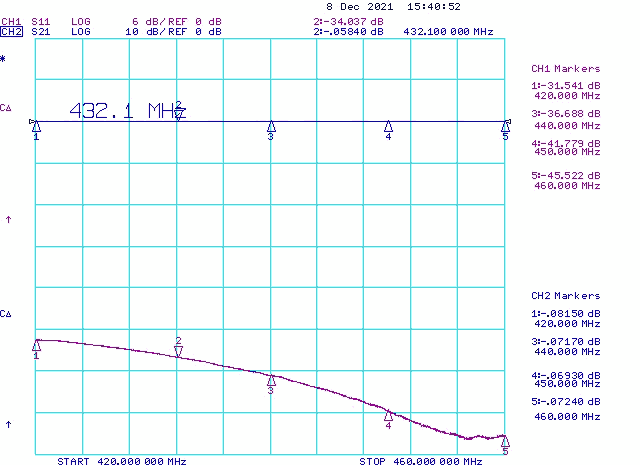 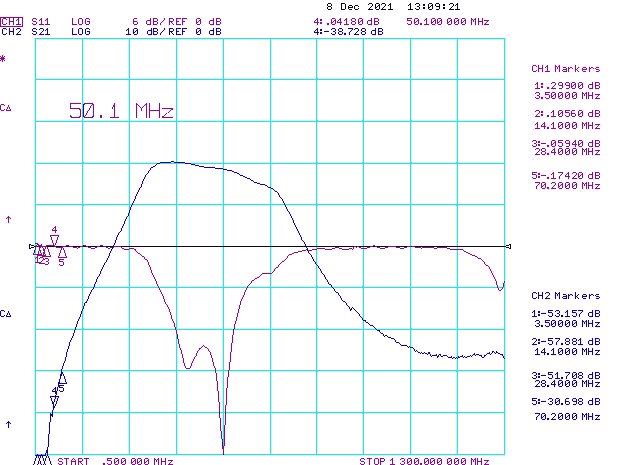 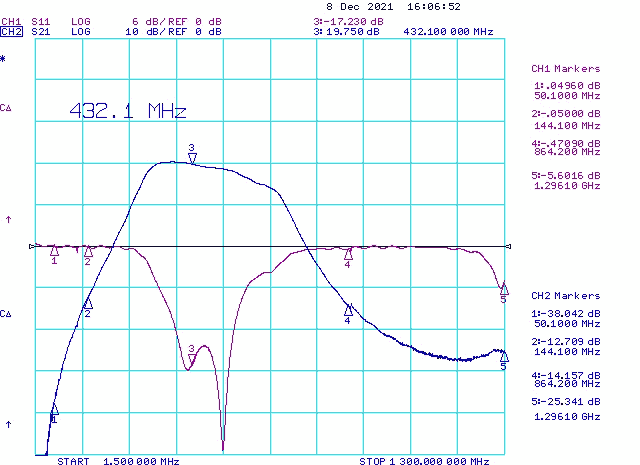 Important details:
With this equipment, sequencer is mandatory. To switch from receiving to transmitting put on sequencer 150 ms delay.
Outdoor version with IP63 protection EME3-432 Outdoor: 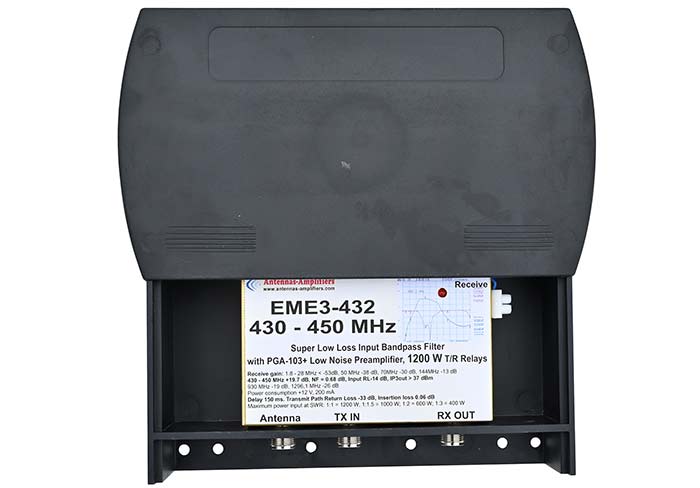 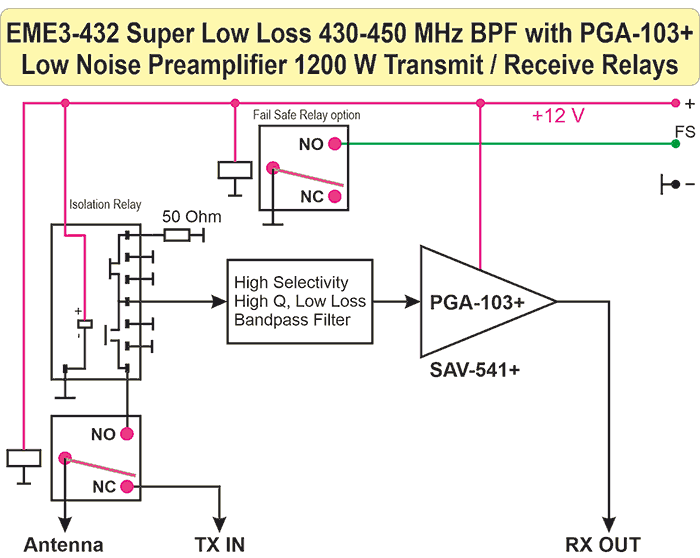 How to properly connect any EME2 or EME3 for any band to sequencer?

Use these schematic. Quality sequencer is mandatory.

How does fail safe option works?

Fail safe relay is possibility to have information, did EME2-432 is switched to transmit position or not.
In that situation, additional Fail Safe “FS” relay will switch to ground or not additional line.
That information sequencer could use to take another steps in switching linear amplifier or transceiver.

If by chance +12V was not disconnected from EME2 (receive position) linear amplifier will not burn the preamplifier, because sequencer will not have information that EME2 fail safe relay is switched.

Summary: With fail safe relay, linear amplifier or transceiver will never burn the preamplifier because of any problematic situation.
It could work only if sequencer have input port for fail safe relay (line). And logic to use it.